As goes the Vineyard?

It's easy to look at today's Globe article about President Obama's flagging popularity on, gulp, Martha's Vineyard and draw the obvious conclusion: If they no longer love love love him on that elite liberal enclave, he may be well and truly toast next year.  Or maybe long-time summer residents just wish he'd give them a summer off from the motorcades and media and other hub-bub to which they've been subjected for three years running now.  Either way, there are some telling little bits, with associated lessons, embedded in the Globe piece.

Lesson One: It's hard to hold on to love.

This week, with the jobless rate  stuck above 9 percent and the president’s nationwide approval rating at  its lowest level, the Vineyard’s broad allegiance shows cracks, leaving  some islanders with a more textured, even tormented feeling about the  president. “I just have to  say I feel really uncomfortable, because I love loving him,’’ said  Leslie Pearlson, a real estate broker on the island.

This was always going to be a problem for President Obama.  So many supporters didn't just love him.  They loved loving him.  It was a collective experience – a year long party.  It was something to do with one's hippest friends.  They want to keep feeling that.  But like baby boomers at a Dexy's Midnight Runners concert, they are finding the old feeling is hard to get back and maintain.  Oh sure, they might sing and dance and act like kids again for a song or two, but when Dexy and the gang start showing up for breakfast every morning they realize, God, these guys are old and kind of pathetic. 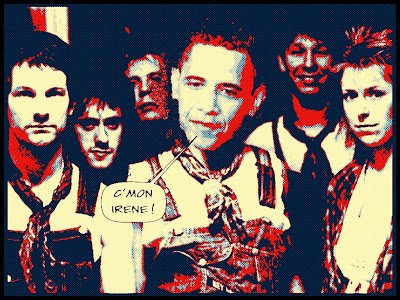 Even in a place where the wealthiest of the nation’s wealthy and the liberalest (I made that up!) of the liberal like to summer.

“They’ll take anything that they can get their hands on,” he said the other day as he sorted mail. “That’s tempered a lot of the enthusiasm.”

READ THE REST at CriticalMASS

Tagged with: four lessons from the Vineyard Obama's popularity President Obama on the Vineyard