Staying Ahead and Raising $$$ by Playing it Safe 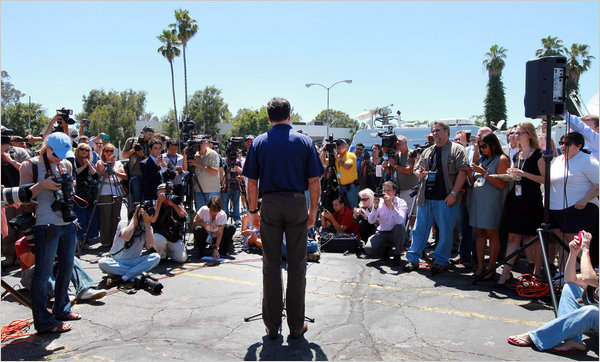 Here's my man, doing the right thing……….smart strategy as described in  this article in the NYT.

A play-it-safe strategy, with a direct focus on Mr. Obama, has served Mr. Romney fairly well during the first seven months of the year. He has not had to accept ownership of positions being taken by Republicans in Congress. He has stuck to his message on the economy and job creation, even while navigating criticism about his health care record as governor of Massachusetts.

But as the Republican presidential campaign intensifies, with Mrs. Bachmann capturing the imagination of conservative activists and Mr. Perry being forcefully recruited by Republican leaders to declare his candidacy, Mr. Romney’s determinedly low-key approach could be fraught with peril.

There is little question that Mr. Romney sits at the top of the 2012 Republican class — he has raised more money than any other candidate, his rivals are jockeying to become his alternative and the White House is fixated on him more than any contender. But it remains a question how long he can go days at a time without engaging with his challengers.