According to the Bureau of Labor Statistics: unemployment in The United States reached 10% for the first time since June, 1983.  The current rate of 10.2% is an increase from 9.8% last month, 7.6% from January when Obama became President, and 4.6% from January 2007 when the Democrats took control of Congress.

Last month an additional 31,000 persons left the labor force.  When those who have abandoned looking for work or have settled on part time jobs are included the unemployment rate would be 17.5%.

I have included 2 charts below the fold.  The first one shows how Obama, Pelosi and the Democrats in charge have done in handling the recession.  It charts the relative employment rate over time for each recession since World War 2.  The current government has clearly done the worst job over this time period.  By comparison, the recession in the early 1980’s was already over by this point.  You can clearly see the cause and effect between Reagan’s small government solution and Obama’s big government solution on both the length and severity of a recession.

The second chart shows the Obama administration’s own numbers for their $787 Billion so-called stimulus package and how they said it would affect unemployment.  You have probably seen this one before.  President Obama claimed by letting the government spend more of our money by running up the debt load he would keep unemployment from going over 8.0%.  He also claimed that by doing nothing at all unemployment would no go over 9.0%.  The current unemployment rate under his plan is 10.2%.

MORE BELOW THE FOLD…. 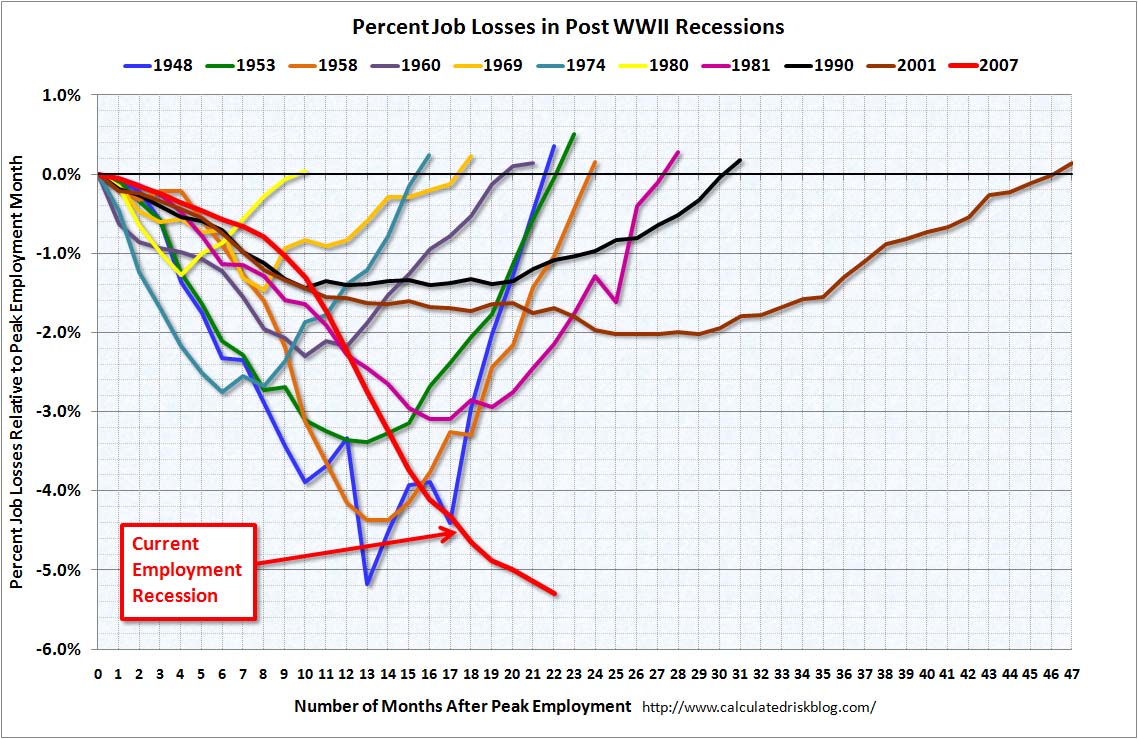