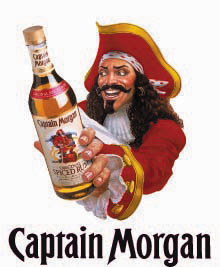 $3 Billion to create 40-70 jobs in the U.S. Virgin Islands? It really is time to throw them all out of Washington, D.C.

Yo-ho-ho and a bottle of rum.

With little fanfare, a deal is moving forward to direct billions in U.S. tax dollars to an unlikely beneficiary — the giant British liquor producer that makes Captain Morgan rum.

Under the agreement, London-based Diageo PLC will receive tax credits and other benefits worth $2.7 billion over 30 years, including the entire $165-million cost of building a state-of-the-art distillery on the island of St. Croix in the Virgin Islands, a U.S. territory.

Virgin Islands officials say the arrangement complies with the letter and spirit of tax law and will help the islands' sagging economy.

Captain Morgan is now produced in another U.S. territory, Puerto Rico, and critics say the Virgin Islands' subsidy for the new distillery there, along with the other benefits, are so generous that they practically guarantees a profit on every gallon of rum produced there by Diageo, the biggest distilled spirits maker in the world.

“The U.S. taxpayer is basically being asked to line the pockets of the world's largest liquor producer,” says Steve Ellis, the vice president of Taxpayers for Common Sense, a nonpartisan watchdog organization.

With the exception of Ellis and a handful of lawmakers, however, the deal has attracted little opposition in Congress or elsewhere.