The MassGOP has come out with, via press release, new lyrics to the “Twelve Days of Christmas”, highlighting Deval Patrick’s first year in office.  I’ll just give you the rundown from the twelfth day. 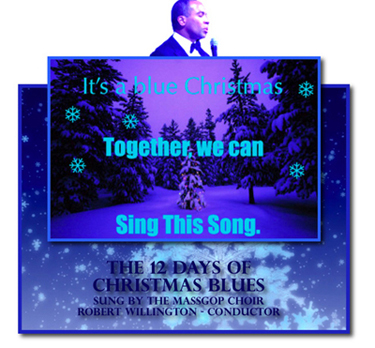 On the twelfth day of Christmas, my guv’nah sent to me,

Twelve months of nothing

And a social secretary!